How Can Meditation Help You?

Meditation is practiced all over the world and is becoming more popular than ever. But you might have asked yourself questions like: what is meditation? Where did it come from? What are the benefits that come with practicing meditation regularly? There are too many techniques; where would I start? What if I can’t quiet my mind? What is “zen”? What if I never find my “zen”? Is meditation for me?

The exact date of when meditation originated is unknown but according to Psychology Today archaeologists have discovered wall art dating back 5,000 years ago. These drawings depict people sitting with crossed legs, hands resting on their knees, with eyes slightly closed. The earliest documented record of meditation dates back to 1500 BCE, from the Vedas teaching in ancient India. The Vedas are a collection of religious texts and hymns and that teaching, which transformed over the many centuries.

Fast forward to the 20th century when the practice of meditation was finally brought to the United States by Swami Vivekananda; however, it was Paramahansa Yoganada who made it popular. Yogananda formed the Self Realization Fellowship to bring the teachings of India’s ancient practices and traditions of meditation to people worldwide. There’s a really great and informative documentary on Netflix called The Life of Yogananda, if you wish to learn more on these ancient teachings being brought to the modern audience.

Time is a great teacher, although it will kill the student; that statement couldn’t be more true. It took a long time for meditation to come to the US and even after that, it wasn’t as mainstream as it is in today’s culture. Now it is socially accepted just about everywhere, and there are many meditation facilities all over the world.

How do I meditate? 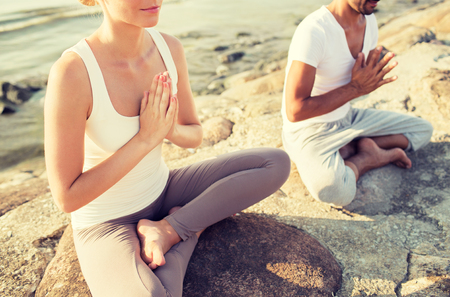 There’s no wrong way to meditate, Live and Dare has a great list of different types of meditation. The traditional Japanese style of meditation is called Zazen or “seated meditation”. This is generally practiced seating on the floor or a cushion, hands resting on the knees with the legs crossed. Yoga is an exceptionally well-known form of meditation; classes can range anywhere from chakra balancing and vinyasa (to really get the blood going), or light stretching classes with more focus on pranayama or breathing. Mantra meditation is from the Hindu tradition, as well as Buddhism and Taoism. Also known as Japa, this form of meditation is a repetition of a mantra or a divine name. Mantras can be a single word or phrase that can help bring the awareness of a chattered mind to stillness. To keep your focus, you can practice this repetition by using beaded necklaces called Mala, traditionally with 108 beads, as it is a sacred number.

Why should I meditate?

Generally, the main reason self care falls to the wayside is the lack of time, or that’s the common excuse. Another modern form of meditation is listening to a guided meditation through podcasts or a million other apps. So plug into a podcast and go get your zen on!

Buy a gift certificate for a great present!

Check out our newsletter!